Lemons of the Amalfi Coast: the yellow which stands out

The most famous testimonial of Amalfi Coast is the lemon, which characterizes all the terraced gardens of the towns of the Coast. It is called “sfusato” and has a thick light yellow peel, a tender flesh a sweet and juicy taste and most of all a tapered shape from which its name comes from: “sfusato” means tapered, indeed.

The lemon is the right ambassador of an area considered by UNESCO a World Heritage Site because of its art and history. The “sfusato” lemon has featured the landscape of the Amalfi Coast since XI century, when it appeared in the local groves, later called gardens for their beauty. The lemon production was very useful in this period for the local inhabitants, people of navigators, which could have on board their ships a valid antidote for scurvy. From the XV centuries the citrus started its unstoppable rise thanks to a flourishing maritime trade towards the main ports of Italy and Europe and, later, its reputation reached America, too.

After the gardens, the kitchen is the place in which the “sfusato” lemon can best express its features. From the appetizer to liqueur, it characterizes the local cuisine transforming a first course in something fresher, lighting a salad, commending a dessert. It is used in body fragrances and soaps too. 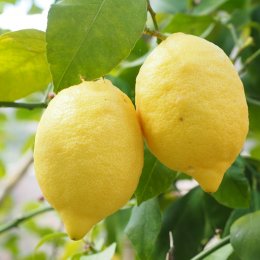