How to get from Rome to Positano

How far is Positano from Rome

Are you wondering how to get from Rome to Positano? The distance between the cities is about 273 km, but which is the most comfortable way to travel? Let’s find out!

Train from Rome to Positano and private transfer 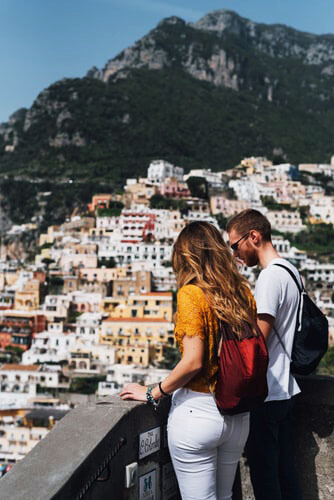 If you are willing to travel by train from Rome to Positano, be aware that the travel could last more than 4 hours and do not expect maximum comfort.

You have two options by train to get from Rome to Positano: you could either take a train to Naples or to Salerno. By choosing the first option, once you get to Naples Central Station (Stazione Garibaldi), you’ll have to switch to the Circumvesuviana directed to Sorrento. Once in Sorrento there is one last step: taking from there a bus to Positano.

On the other side, if you are picking the second option, once you get to Salerno by train you’ll have to pick a bus or a ferry to Positano.

Be aware that during the summer period there are many tourists coming in Amalfi Coast, and public transportation is often on delay or with a massive queue; you may have even lost some transportation due to the crowd.

Concerning trains the main international rail service is Trenitalia with its three main kinds of services; frecciarossa, frecciargento, and freccebianca. They are pretty fast but they need generally be booked in advance and still, they are quite expensive.

A cheaper train option is the Regionale. It stops in all the small town standing between Rome and Naples.

One last useful info about trains to get Positano from Rome: the Circumvesuviana is a commuter train, like a subway. There is no air conditioning and in high season it is very crowded. In any station pay attention to pickpockets to avoid unpleasant surprises.

Car service from Rome to Positano

Car transfer is the fastest way to get to your destination. Do you have more curiosities on how to get from Rome to Positano by car? Here some useful considerations to keep in mind.

If you are willing to reserve a car to drive on your own, be aware that the road that connects Naples to Positano is narrow and trafficked. For those who are unfamiliar with the area, driving can be pretty frustrating, also considering that in some parts it seems to drive between the mountain and the sea!

If you don’t like the idea of taking the Circumvesuviana and want to enjoy a relaxed experience, consider hiring a private driver. This costs much more than the train, but it is a way more comfy way to travel without any worry about luggage and safety.

This is the easiest way to travel around the Amalfi Coast! 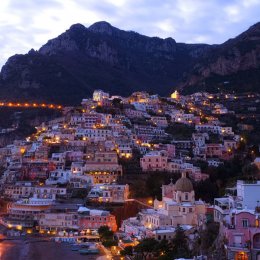